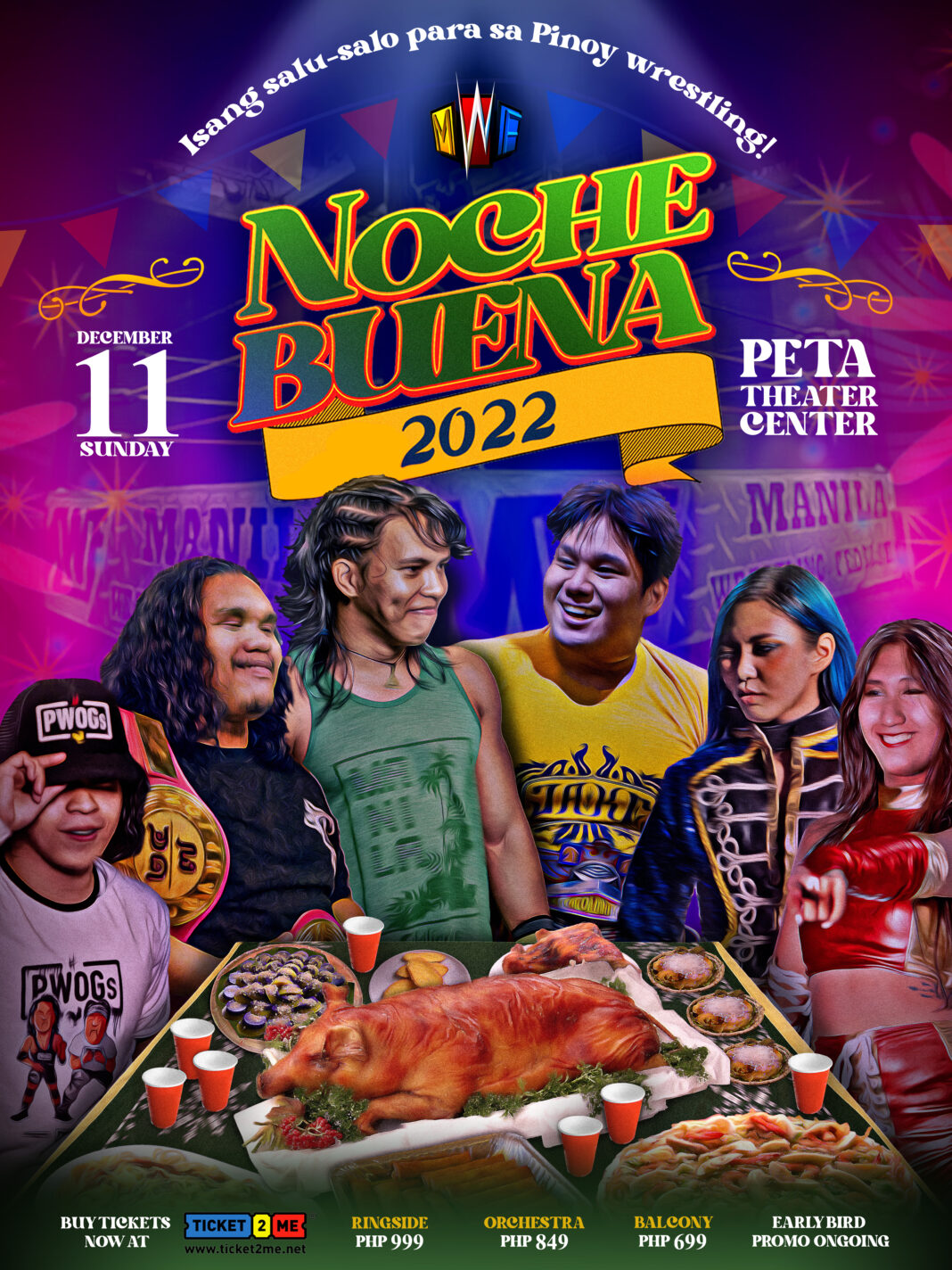 Looking for a brand-new holiday experience that you will never, ever forget? How about a slice of Pinoy wrestling this Christmas? The Manila Wrestling Federation (MWF) once again delivers its unique, distinctly Filipino brand of professional wrestling entertainment to fans in Metro Manila through its Christmas special titled “MWF: Noche Buena 2022” on December 11, Sunday, 5 PM at the PETA Theater Center in Quezon City. 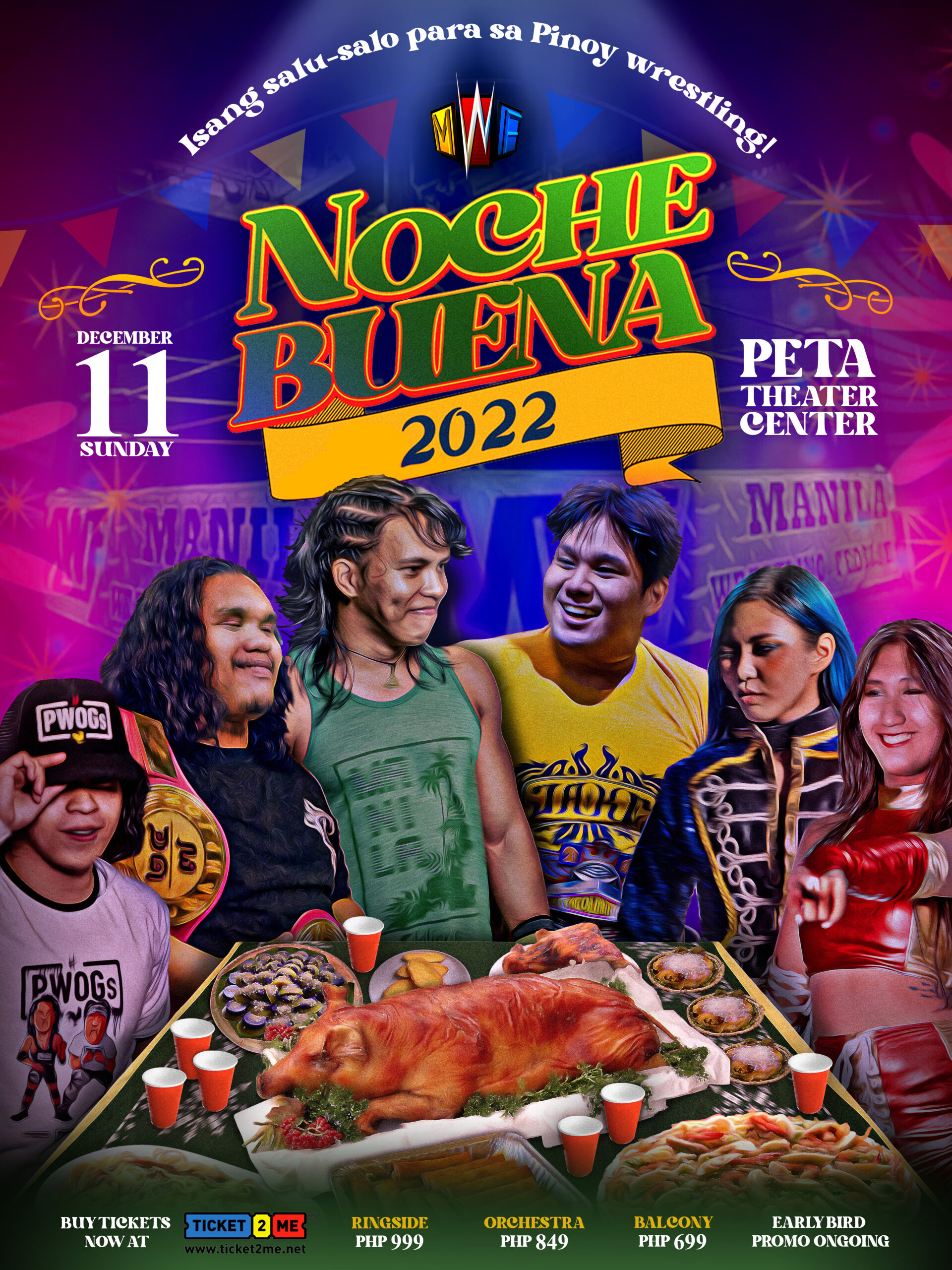 A MATCH NINE YEARS IN THE MAKING

This highly anticipated match is a Christmas gift for Pinoy wrestling fans who have been following the burgeoning scene for nearly a decade, placing them right in the middle of the crossroads of the country’s wrestling history – as a clash between the top stars of the Manila Wrestling Federation and the now-defunct Philippine Wrestling Revolution (PWR).

Dubbed as “Mr. Philippine Wrestling”, Jake De Leon has carried the Pinoy wrestling brand all over Southeast Asia since its formation in 2013 as one of PWR’s pioneers – competing in high profile bouts in Hong Kong, Singapore, Malaysia and Thailand, as well as in mainland China in 2019 as a participant of the WWE tryouts. In 2022, De Leon joined the MWF roster, capturing the MWF Pinoy Wrestling Championship in September.

While De Leon spent years building Pinoy wrestling’s reputation all over the region, Fabio Makisig was among the very few who built the MWF locally from the ground up, majorly contributing to the brand’s definitely Filipino combat style. Despite being at the top of the MWF roster due to his incredible athleticism and street-smart fighting spirit, Makisig lost his first two attempts to grab the MWF Pinoy Wrestling Championship. He intends to ultimately prove his worth at this year’s Noche Buena by winning the top title.