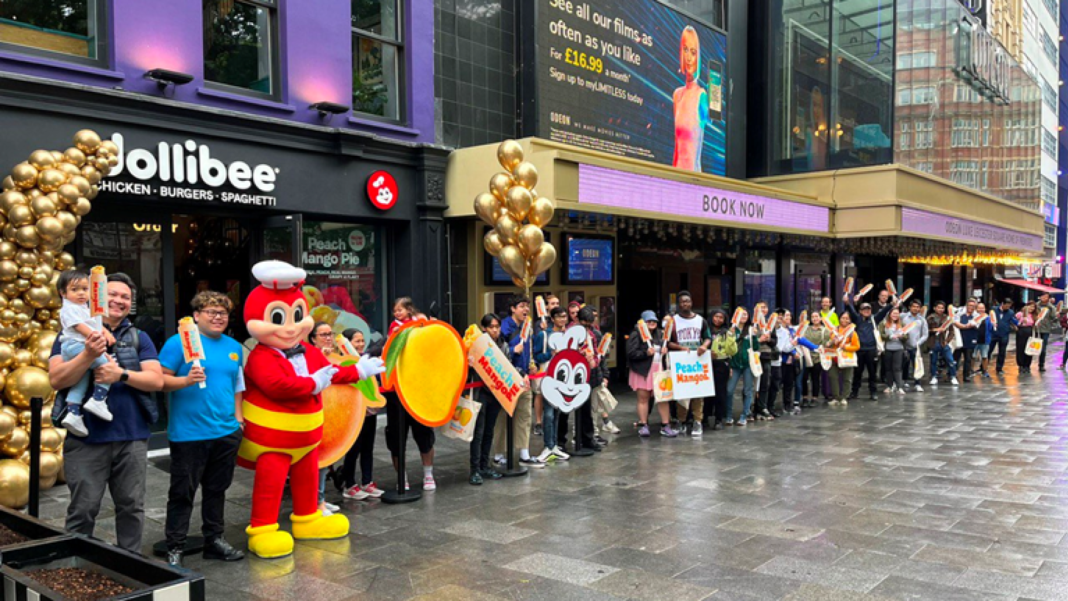 Loved by Filipinos, and now the world: Jollibee’s Peach Mango Pie is creating a buzz among international fans! 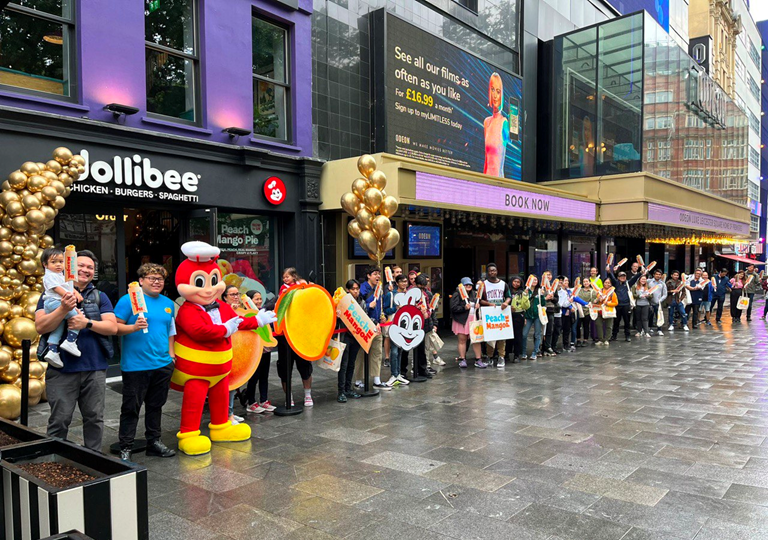 Homegrown restaurant chain Jollibee launched its much-loved Peach Mango Pie to huge success in the UK and United Arab Emirates, amassing lines of Filipino and local mainstream fans and selling out in just weeks from its initial release.

“We are grateful for the blockbuster reception of our Peach Mango Pie in the UK and UAE,” shared Dennis Flores, President of Jollibee Europe, Middle East, Asia, and Australia. “Our international fans have long waited for the debut of our well-loved dessert pie in their markets, and shows the huge demand for on-the-go snacking made even more delicious. We can’t wait to serve Peach Mango Pies to even more markets soon.”

A Majestic Welcome to the UK 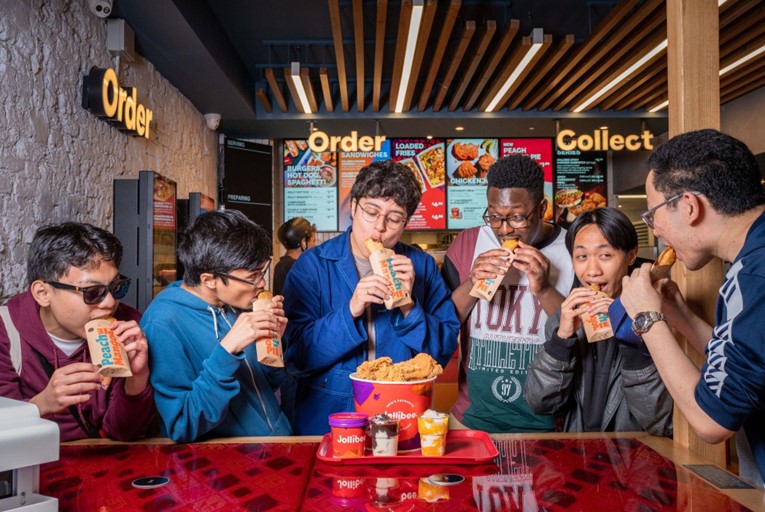 On the first day Peach Mango Pie arrived in UK stores last June, a long queue formed outside Jollibee UK’s flagship West End store before stores opened. Customers ordered as many as 100 Peach Mango Pies at a time, causing it to temporarily sell out only four weeks after its debut.

The Peach Mango Pies, according to local publication My London, “are absolutely not to be missed,” and Food Wars called it “The best fast-food dessert.”

After selling out, Peach Mango Pie was made available again starting September in all 11 UK stores across England, Scotland, and Wales.

Over One Million Pies Sold in the UAE 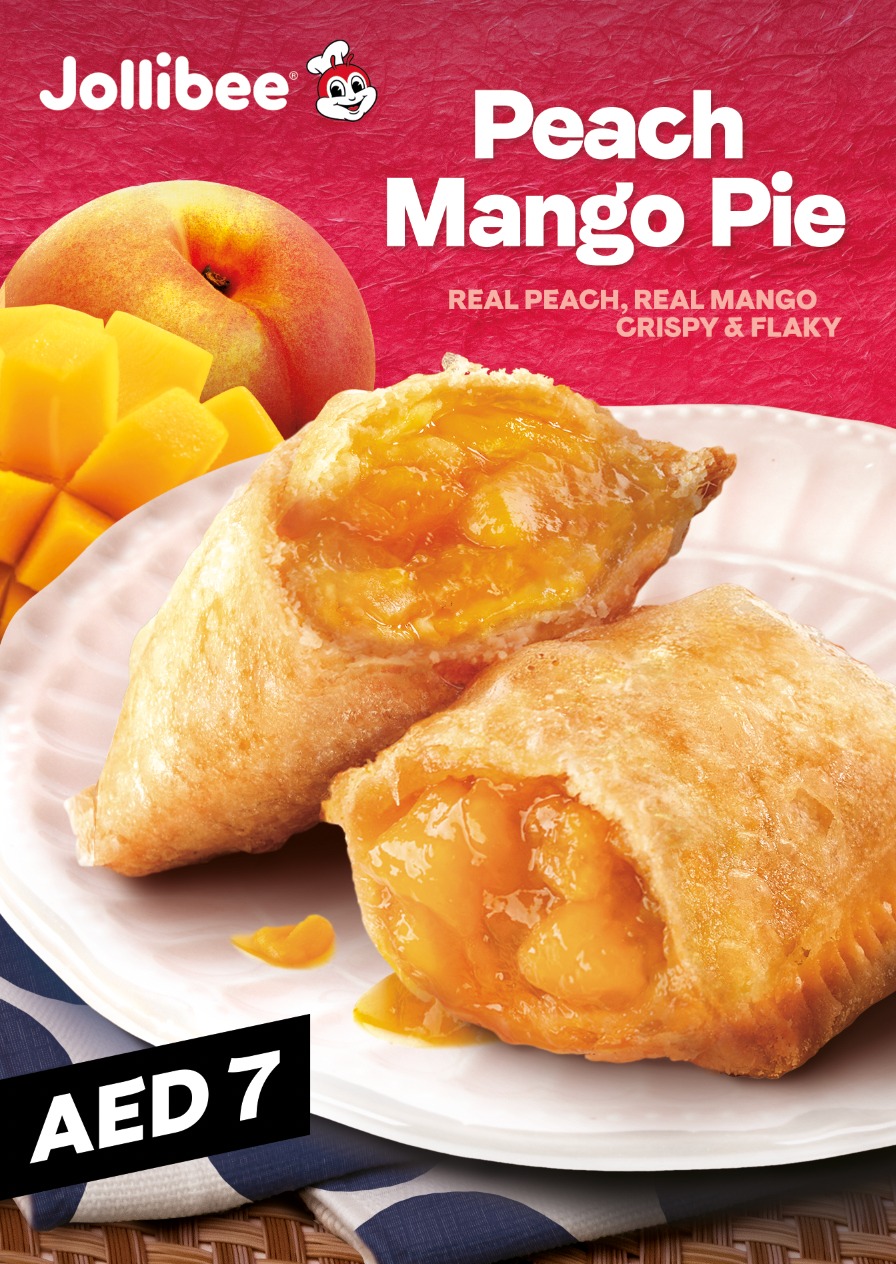 Peach Mango Pie sold over one million pieces in the United Arab Emirates just five months after its debut, making it one of the country’s most successful product launches. Jollibee UAE currently has 18 stores serving nearly 10 million people.

Customers queued outside Jollibee stores to sample the famous pie, with some purchasing up to 30 pies at a time. Due to high demand, the dessert pie was temporarily out of stock for a week in UAE.

Jollibee sold more than 45 million pies globally in 2021, equivalent to 1 Peach Mango Pie sold globally per second. Served hot, Peach Mango Pie is made real peach and Philippine mangoes enveloped in a crispy, flaky crust. Jollibee is the flagship brand of the Jollibee Group, one of the largest and fastest growing restaurant companies in the world.

For more information on the Jollibee Group, visit www.jollibeegroup.com.