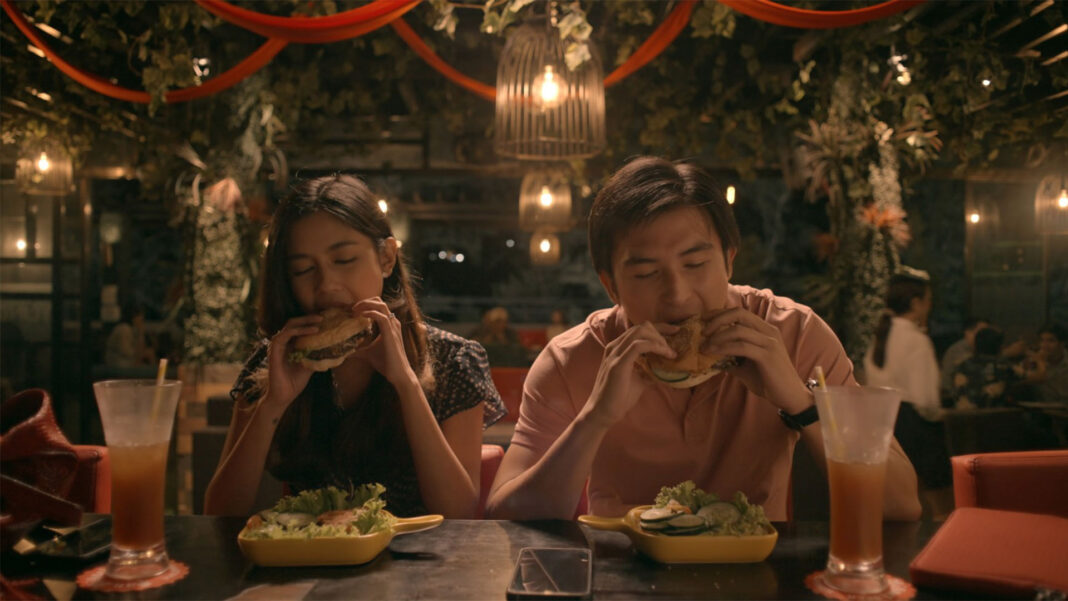 Looking for something new to watch this week? UPSTREAM’s first original, A Girl and A Guy, is now available for streaming on upstream.ph, in partnership with GMovies! A brazen take on modern relationships and intimacy, the film will give its viewers an in-depth look at the dynamics at play in the oftentimes messy and complicated arena of young love and modern dating from the perspective of gen Zs and millennials.

If you aren’t intrigued yet, here are more reasons why A Girl and A Guy is definitely a must-watch for everyone.

Based on its trailer, it’s apparent that A Girl and A Guy isn’t afraid to show a little more skin than what most are used to, especially in a local film, but that is just the tip of the iceberg according to its director Erik Matti. During the film’s grand mediacon, Direk Erik shared that for the longest time, he wanted the local movie industry to become more casual about incorporating elements of nudity in films.

“I think we need to let go of the stigma of people taking off their clothes. This movie, A Girl and A Guy, liberated me in a way, not just because I felt there were no rules in making the movie. If it’s needed in the story, why can’t we show anything?” he said in the film’s mediacon last June 18.

More than the steamy and raunchy scenes, viewers can expect an unfiltered glimpse into the reality of relationships and intimacy in today’s generation where technology has become a big factor in establishing connections with other people. Casual relationships, one night stands, hook-up culture – what really goes on in modern dating? You just have to watch and find out.

Another exciting thing to look forward to in the film is its cast composed of up and coming talented actors who are ready to make their own mark in the industry. This was purposely done by Direk Erik to make the characters seem more like real people that will allow the audience to identify themselves better with them versus when casting already established and renowned names.

The ensemble is led by Alexa Miro and Rob Gomez who play the roles of Fiona, an ambitious advertising production staff who has big dreams in the field of filmmaking, and Raf, a charming and laid-back marketing associate who has no plans for his future, respectively. They are joined by a bunch of exciting new stars who all came from esteemed and diverse backgrounds including Pau Benitez, Candice Ramos, Rosh Barman, Sarah Holmes, Carlo Tarobal, Emilio Francisco, Chloe Reyes, Roeder Camanag, Donna Cariaga, Marina Benipayo, and Shaun Salvador.

It’s your story, one way or another

More than just characters, Fiona, Raf, and the people they meet along the way tell the stories and struggles of real individuals – a strong woman who knows what she wants, a man who is afraid of commitment, individuals who cheat with their partners, unhappy couples, creatives who have lost passion in their craft, and so much more.

Despite its main theme that revolves around gen Zs and millennials, viewers from the older generation can still relate to A Girl and A Guy because we all have been young once and being young also means falling in love, making mistakes, and learning from them, 3 things that you’ll definitely see in the movie.

A Girl and A Guy is now available for streaming on UPSTREAM. To buy your tickets, just go to GMovies. You can also check out upstream.ph/faqs for more information.