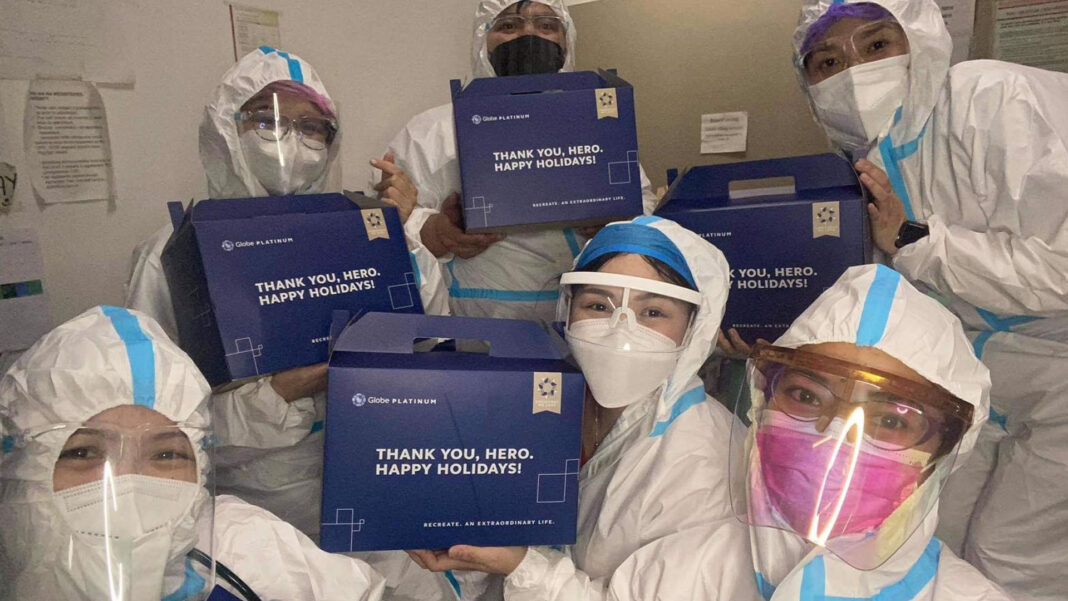 Globe Platinum customers showed once more their support to medical frontliners who were on duty during the holiday season with messages of gratitude and appreciation by using Thea, their digital assistant on Facebook Messenger App, as a channel in the safety of their homes, minimizing their exposure to the pandemic and other health concerns.

Last Christmas Eve, Globe Platinum made special deliveries to key hospitals that were in the middle of the fight against the COVID-19 pandemic all over the country. Medical front liners who chose to serve and care for their patients rather than being with their families received a Noche Buena feast of lechon, paella, ham, queso de bola, bibingka and tsokolate individually packed for them to enjoy and uplift their spirits .

“We also encouraged our customers to send their messages of care and support to our brave front liners who have been working hard since March. Their short messages of cheer, hope and gratitude definitely made the difference in letting our health frontliners know that they are the modern day heroes during this difficult time of the pandemic. Through the Thank A Hero Program, our Globe Platinum customers were able to express their support through an easy to use platform,” said Mike Magpily, Head of Globe Platinum.

The Thank A Hero program aims to engage Globe Platinum customers to provide messages of care and support to medical front liners through Thea, their Digital Assistant on the Facebook Messenger app. Globe Platinum customers honor their hard work by providing them simple tokens of appreciation as a reminder that their sacrifices in the ongoing battle against Covid-19 are not forgotten and taken for granted. Since its Launch in June 2020, more than 2,000 Platinum customers participated. The program has delighted frontliners from four PNP stations and 12 Puregold branches across Luzon and 18 hospitals nationwide.

Globe has laid out a 3-pronged strategy for its network upgrades and expansion, which includes aggressive cell site builds; upgrading its cell sites to 4G/LTE using many different frequencies; and fast tracking the fiberization of Filipino homes nationwide.

Globe supports the United Nations Sustainable Development Goals, specifically UNSDG No. 9 which emphasizes the roles of infrastructure and innovation as crucial drivers of economic growth and development. Globe is committed to upholding the 10 United Nations Global Compact principles and 10 UN SDGs.