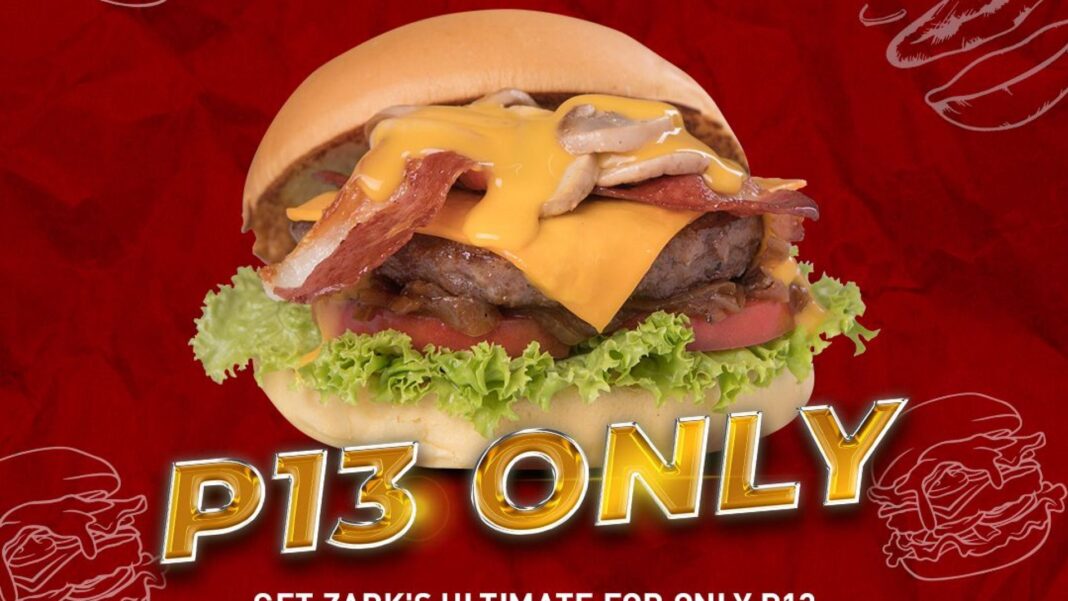 An announcement as big and juicy as its burgers, homegrown fast-food restaurant Zark’s Burgers is once again beefing up the better burger game with its 13 Pesos Zark’s Ultimate Burger deal, as it marks its 13th year in the business.

Zark’s Burgers was founded in 2009 when entrepreneur-culinarian Zark Varona, who was then 23, decided to open his dream restaurant using the salary he saved after working in a cruise ship for two years. Today, Zark’s continues to capture the Filipino market with its ‘Fresh. Huge. Great.’ winning formula, making it one of the fastest-growing local restaurants in the Philippines.

“Zark has always been known as a symbol of creativity and innovation in the food industry, and that status has been molded out of hard work. “We are able to sustain our growth momentum for 13 years now because we are driven to push boundaries of what’s possible through a constant introspection of what works and what doesn’t,” said Varona. 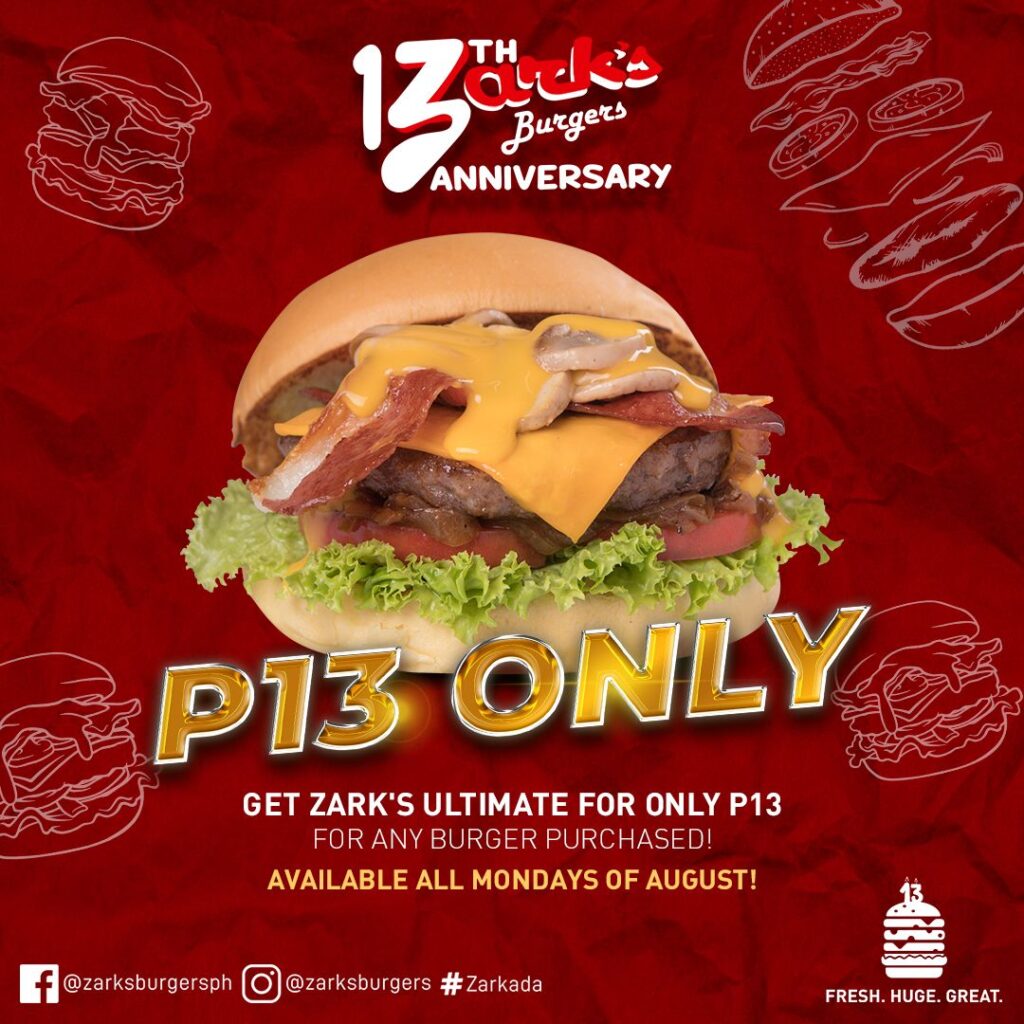 In celebration of its anniversary, the 13 Pesos Zark’s Ultimate Burger deal will be offered all Mondays of August, starting August 1. For every purchase of any burger in its menu, one may already avail the Zark’s Ultimate Burger for Php 13 only. The promo is valid for dine-in transactions with no minimum order required.

Zark’s is known for its wide array of burger offerings—from its loaded-with-toppings Zark’s Ultimate Burger to its multiple patty Jawbreaker and Tombstone under its Challenge Burgers segment. And another burger creation to look forward to is its upcoming burger of the month—Shawarma Burger—which will be launched this August. 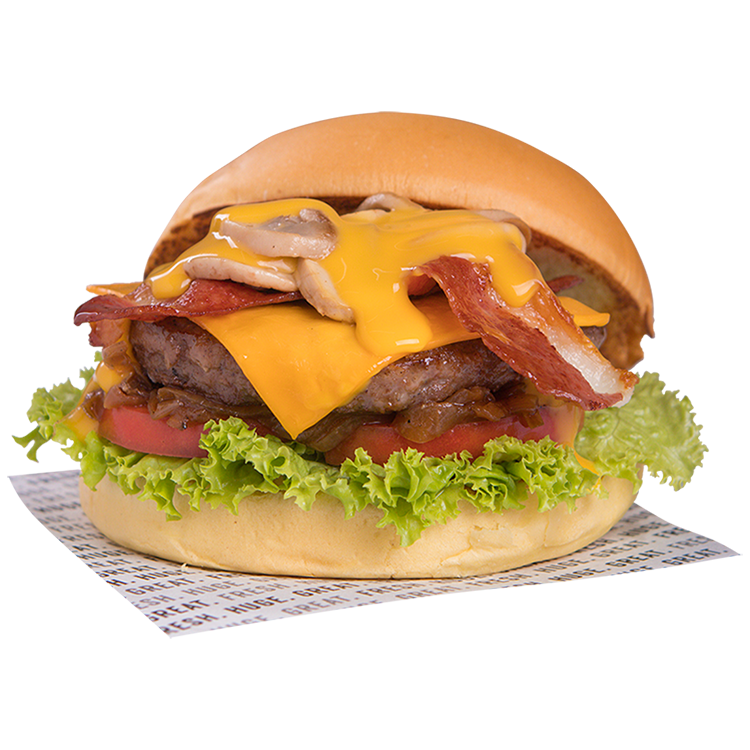 On its 13th year, Varona attributes the success of Zark’s to its strong brand following and the quick response of his team to navigate the pandemic by strengthening its online and delivery platforms.

“We always see opportunities in every situation. We take pride in being natural problem solvers. When the pandemic hit, we took advantage of locations with fewer competitors and opened more non-mall locations to cater to the delivery market 24/7. We continue to pivot and thrive even amid challenging times,” he added. 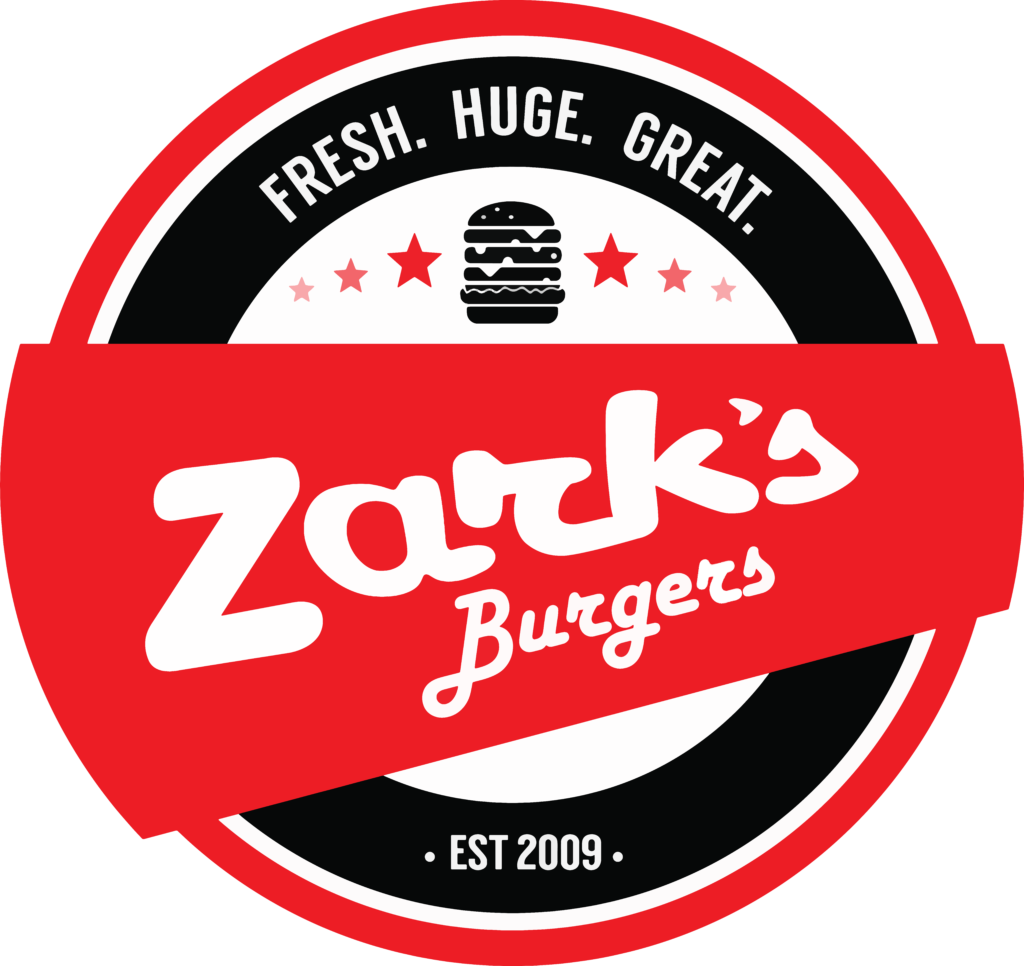 To date, Zark’s Burgers already surpassed its pre-pandemic sales or earnings before interest, taxes, depreciation, and amortization (EBITDA). The brand also projects to reach one billion in sales in 2023.

Before the year ends, it is targeting to have combined 80 stores nationwide. Currently, it has over 60 branches nationwide, present in almost all major cities and malls.

A multi-awarded entrepreneur, Varona won the 2019 Ernst and Young Entrepreneur of the Year for Small and Medium Business, Tatler Gen T (2020) Award and the 2015 Manila Standard Young Visionary Award. He was also named the PHILDEV Rising Star Awardee in 2018.

Optimistic for its growth story, Varona shared a bigger vision for Zark’s Burgers. “We are now in the next chapter. Our goal is to reach 100 stores in the next two years.”