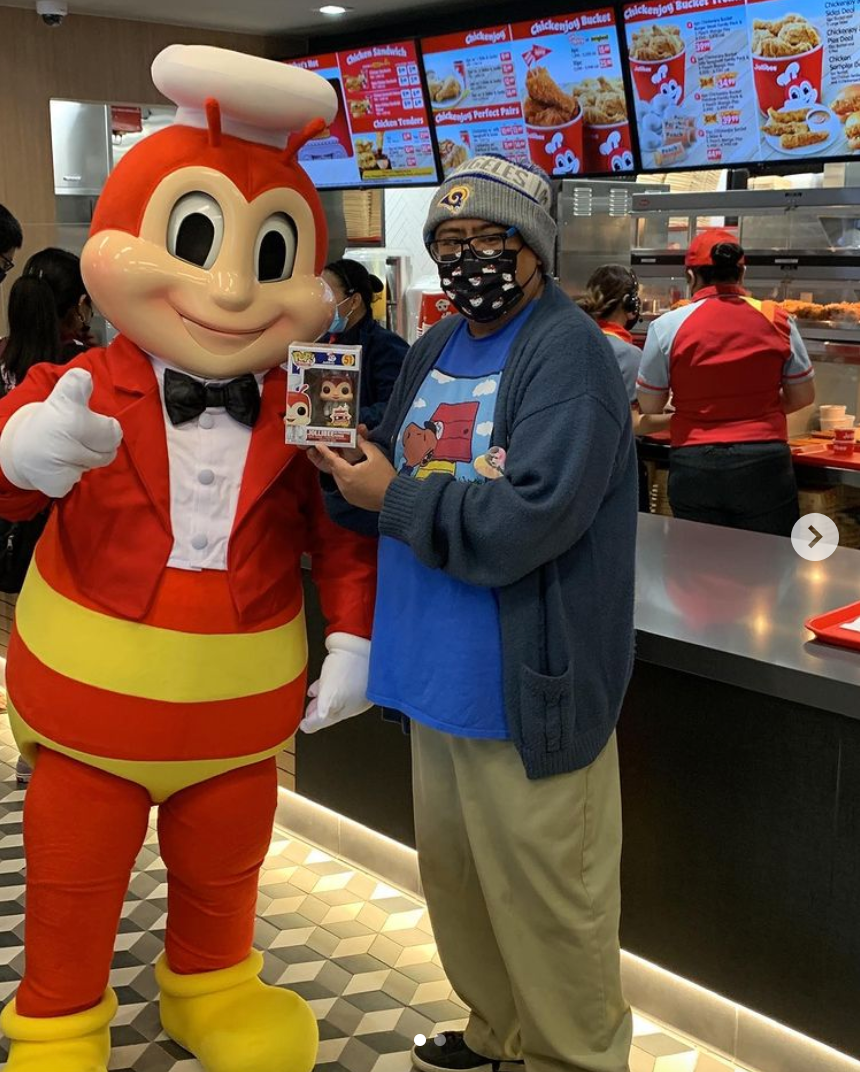 Jollibee in Downtown (DTLA) recently opened its doors this May to customers who are excited to savor their Jollibee favorites. The DTLA is at a prime location at 729 7th Street in the heart of the city’s Financial District, on the corner of 7th & Flower Street across from the Bloc, a prominent shopping destination for residents, office workers, and visitors.

“We are thrilled to be opening our doors at one of the world’s most dynamic and diverse metropolitan hubs whose people have a strong sense of community,” said Maribeth Dela Cruz, Business Group Head, Jollibee North America. 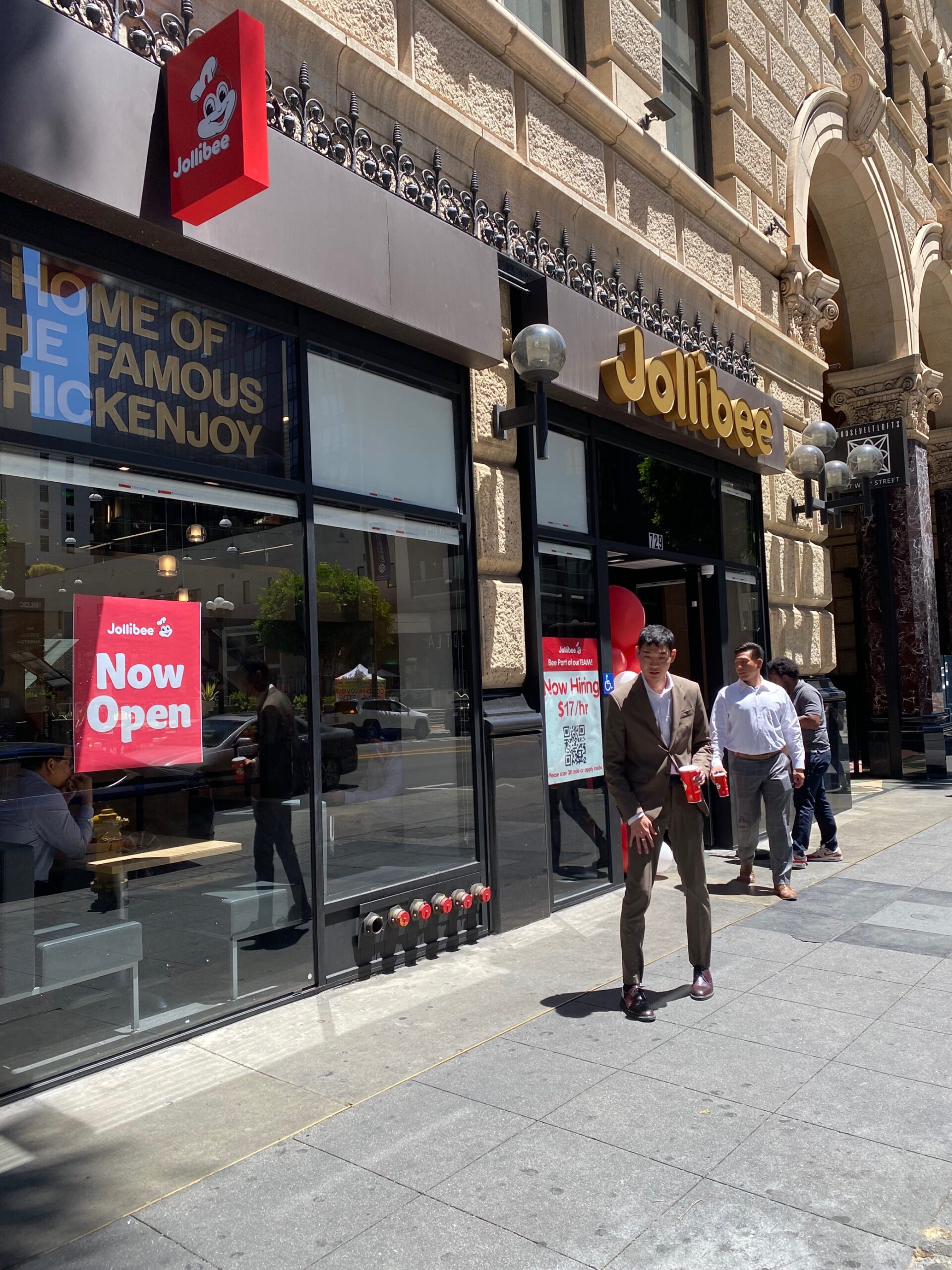 Available to Downtown LA diners are Jollibee’s must-try menu items bannered by the world-famous Chickenjoy fried chicken and Chicken Sandwich, each with its own spicy variant, as well as the Jolly Spaghetti and the refreshing Peach Mango Pie.

Loyal customer Nikolai Garcia, who was at the location before 8:00 AM, was the first one to enter the store on opening day. A Jollibee fan, Garcia proudly brought along a Jollibee keychain that he has had since 2013.

Growth momentum in the US

The DTLA adds an element of excitement and a sign of revitalization for an area actively recovering from the pandemic. It is the first in Downtown Los Angeles and marks the brand’s 57th store in the U.S, joining the brand’s two other restaurants in the Metro Los Angeles area on Beverly Blvd. (East Hollywood) and Colorado Blvd. (Eagle Rock).

“Southern California has been and will continue to be a key growth area for the brand,” Dela Cruz said. 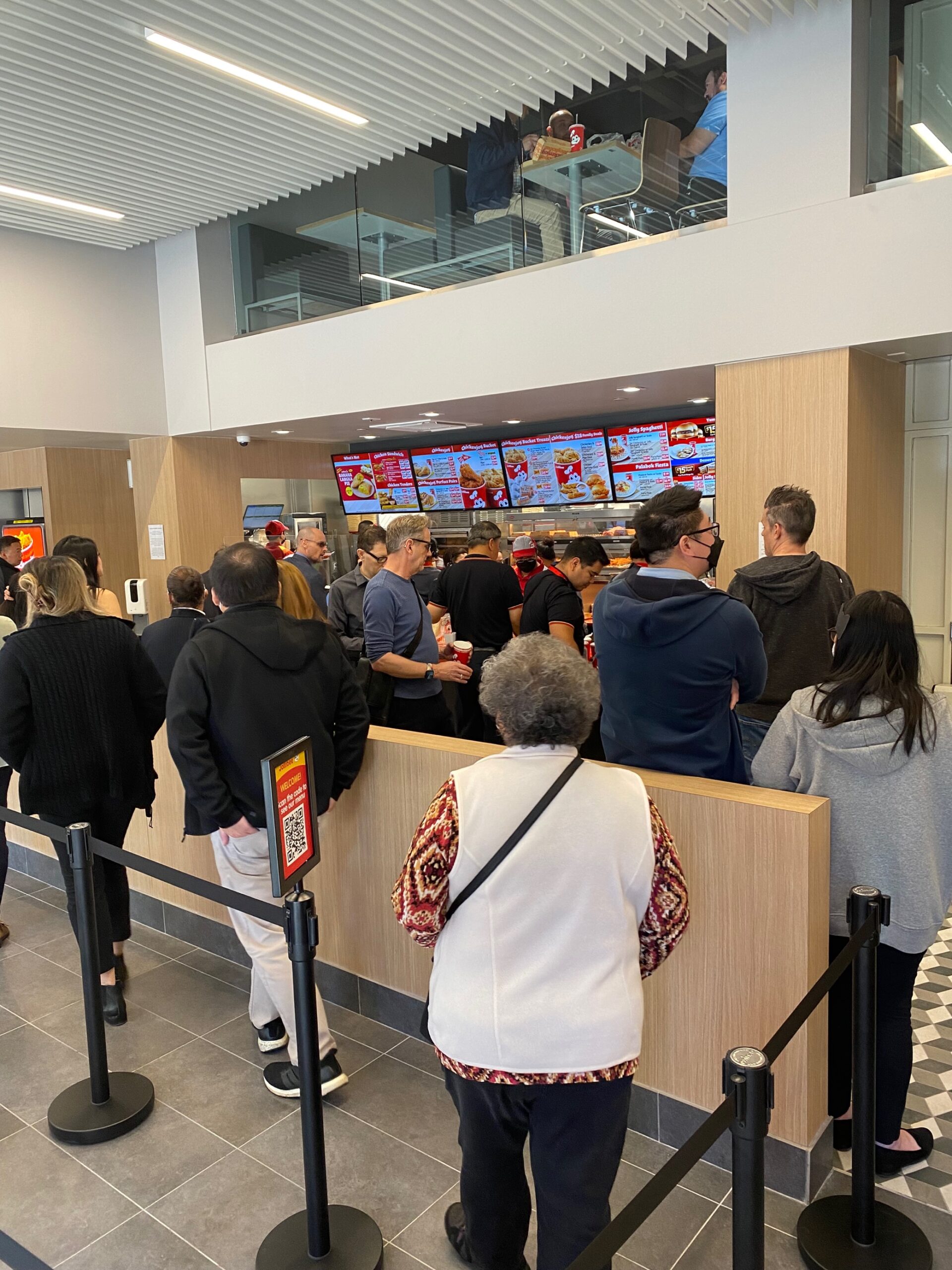 The Jollibee Group sustains its growth momentum overseas as it continues to hit its aggressive global expansion targets in North America with more store openings scheduled in 2022.

It is set to open a second location in West Covina, California, by second semester of the year. West Covina is also home to the brand’s North American headquarters. California is also home to Jollibee’s first U.S. location, which opened in Daly City in 1998 and has since remained one of its best performing Jollibee locations in the US.